No, it’s not Broadway. It’s Steubenville.

If you are a fan of ‘the theater’ you won’t need to leave town this month to be entertained!  Upcoming in March are three popular and diverse plays being offered by our local educational institutions. 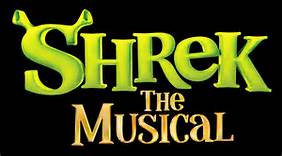 Coming up first Shrek, the Musical, based on the 2001 DreamWorks film ‘Shrek’ and William Steig’s 1990 book ‘Shrek, is being presented by Steubenville High School on March 23th, 24th & 25th at the high school auditorium.   Shrek, the Musical, is a story set in a mythical “once upon a time” sort of land where a green orge named Shrek has retreated to an ugly swamp to live out his life in happy isolation, until evil Lord Farquaad exiles a gang of fairy tale beings to ‘his’ swamp.  In order to get them out, Shrek strikes up a deal with Farquaad (who wants to become the King) to rescue Princess Fiona, who is awaiting her true love in a tower guarded by a fire-breathing dragon.  So Shrek and a very loud talking donkey set out and rescue the princess, but once they head back with Fiona, it starts to become apparent that not only does Shrek, an ugly orge, begin to fall in love the lovely princess, but Fiona has a huge secret of her own. 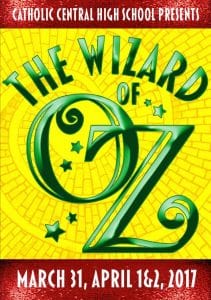 Steubenville Catholic Central will present The Wizard of Oz on Friday, March 31st, Saturday, April 1st and Sunday April 2nd at Lanman Hall in Catholic Central High School.   The Wizard of Oz, of course a classic, is a story well known by most.  A beloved favorite through the generations.  However, just for those of you who may be from another planet, The Wizard of Oz is a story about Dorothy and her dog, Toto, who live in Kansas, but are supposedly ‘whisked’ away in a Tornado to the magical Land of Oz, where she encounters all sorts of characters including a good witch and a bad witch. She befriends the Scarecrow, who wants a brain; the Tin Woodman, who desires a heart; and the Cowardly Lion, who is in need of courage. Along with her newly found friends, she sets out on her quest along the ‘Yellow Brick Road’  to reach the ‘Wizard’ in hopes that he will get her back home to Kansas.  Many adventures unfold along the way and ultimately the audience learns valuable ‘lessons’ through the characters experiences and realizations.   No wonder this story is timeless. 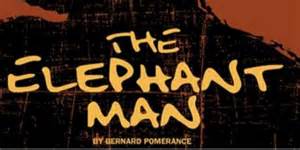 Last, but definitely not least, will be Franciscan University of Steubenville Drama Department’s production of Bernard Pomerance’ The Elephant Man to be  presented Friday, March 31st, Saturday & Sunday, April 1st & 2nd,  Friday, April 7th, and Saturday & Sunday, April 8th & 9th at the Anathan Theatre in Egan Hall at the University.  Bernard Pomerance’s play ‘The Elephant Man’ is based upon a 19th-century London, England historical figure named Joseph Merrick who was severely deformed. His deformities were so great that many called him the elephant man. During his lifetime, he was rejected by family and society and exhibited in various events.    In the play ‘John’ Merrick is a star freak show attraction in traveling side shows until he comes to the attention of Dr. Frederick Treves who takes him under his care .  He (Merrick) is introduced to London society and slowly evolves from an object of pity to an urbane and witty favorite of aristocracy and literati only to be denied his ultimate dream, to become a man like any other.   Pomerance uses the presence of Merrick to expose hidden faults of some of the characters and issues present within the play.  The main themes of ‘The Elephant Man’ are fear, human condition, and alienation and loneliness.

So if you are looking for a whimsical fantasy, a classic or something a bit darker, there is a play for you. Or maybe you will want to see all three!

Whatever the case, the Drama Departments of these three educational institutions never fail to put out excellent productions with very talented casts.  And you don’t even have to leave town to enjoy them.

For more details on these three plays and other events and activities in the area go to the Events Calendar on this website.

Your ticket for the: No, it’s not Broadway. It’s Steubenville.

No, it’s not Broadway. It’s Steubenville.