Tomorrow, July 6th, will be the third ‘First Friday on Fourth’. It takes place on the 100 block of North Fourth Street between Market and Washington Streets, from 6pm-11pm.   Beginning with the First Friday of May, the last two have been very successful and well attended, and each month have expanded and have a different theme.

This month is ‘First Fridays on Fourth: July Cookout”  There will be a cookout competition to determine the Best Hot Dog, Best Burger, Best BBQ, Best Coleslaw, and Best Pie in Steubenville.  Participants’ culinary creation’ will be judged by a panel of local legends and winners will receive prizes and bragging rights in perpetuity.

In addition to the Cookout competition entertainment includes Safety Squad  from Columbus, Ohio  offering a double-set of funk.
Gregory Demary, from The Harmonium Players and the Fine Arts Society at Franciscan University, will be leading an original piece of comedy theater at Grand Theater for the Performing Arts.
Hightower Brewing Company will be unveiling a blueberry wheat beer.
Leonardo’s Coffeehouse & Renaissance Coffee Roasting Co. will be hosting a board game city on their second floor.
And make sure to stick around until it gets dark — for sparklers to light up the night!

Here is what’s coming back:

Stores will be staying open late.

Be sure to attend for a great time once again or a first time fun experience! 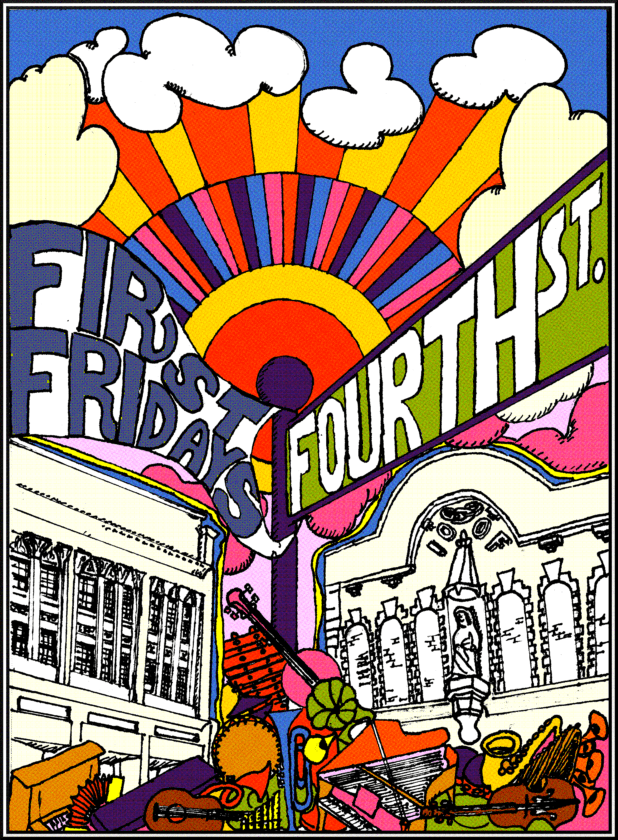 Your ticket for the: First Fridays on Fourth: July Cookout