The 100+ Nutcrackers who took over Fort Steuben Park on November 22nd will be taking their leave on Monday January 9th and will be retiring to their summer resort to plan and tweet among themselves in preparation for next year’s  ‘invasion’ which will without a doubt be exponentially larger and grander.

No one expected last year in 2015 when 37 Nutcrackers descended upon the Park that anything close to what happened was possible.   When we jested that they had ‘invaded’ the Park, we were actually being prophetic, as that seems to be exactly what has occurred.

Their popularity and success has been phenomenal.   These past 6 weeks the Nutcrackers along with the Advent Market, Hay Rides, Trolley Tours, ‘Wooden Hearts’ Nutcracker Musical, Nutcracker Christmas Parade, and Visitor Center Christmas Wonderland and Gift Shop have brought so many smiles, selfies and Christmas ‘memories’ to people of the area as well as folks from quite some distance away, who traveled here specifically to experience the ‘Magic’.

And ‘Magic’ it has been!  That was the word most heard from visitors both last year and this.  A wonderful type of ‘Magic’ which brings laughter and joy to all who experience it.

Even with this year’s event winding down, plans have already begun for next year.  Plans of more Nutcrackers, of course, but in addition, also more events, decorations and surprises!

The Fort’s Visitor Center Christmas Wonderland and Gift Shop will remain open through the remainder of January.  So you still have time to experience that ‘magic’ if by some chance you have missed the opportunity.

So far as the Nutcrackers, we will not be saying “Adieu” just “See you later”.    But until then ‘Stay Tuned’, and visit them at  www.steubenvillenutcrackervillage.com 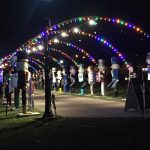 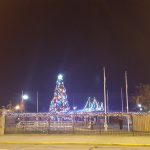 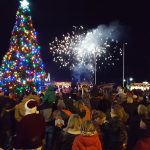 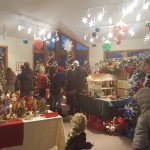 Your ticket for the: Final Weekend for Nutcracker Village at Fort Steuben Park