Home  ›  Uncategorized  ›  When the Arches arrive can the Nutcrackers be far behind?

The first ‘physical’ sign of the upcoming 2016 Steubenville Nutcracker Village has appeared at Fort Steuben Park today!   The  archway structure which is going to cover a walkway of Nutcrackers has arrived and the crew is hard at work assembling it.   The archway is new this year and will provide not only spotlights on each of the Nutcrackers but also be covered with festive Christmas lights.

Also new this year is a 30 foot Christmas tree to be erected over the Memorial Fountain, additional Chalets, many more Nutcrackers and many additional Christmas displays and decorations both inside the Fort Visitor Center and outside, as well as a number of additional fun and exciting events, including a giant train display, Trolley tours and some other ‘surprises’.

The Nutcracker Village as well as Christmas Wonderland and Gift Shop will run from November 22nd, 2016 through January 8th, 2017.  The Advent Market will be open on Light-up Night, November 22nd, and the weekends of November 25th-27th, December 2nd-4th, December 9th-11th, and December 16th-18th.

Also new this year is an original musical production based on the Steubenville Nutcracker Village using familiar melodies of Tchaikovsky’s Nutcracker Suite, titled “Wooden Heart Follies”. The musical will be presented on four Sunday afternoons, November 27th, December 4th, 11th and 18th at 2:00pm at the Masonic Hall on North Fourth Street.  Tickets  are $7 adult, $4 students, and under 6 yrs. free and can be obtained at the door or at the Steubenville Visitor Center.

And we can’t forget the Steubenville Christmas Parade “Sights and Sounds of Christmas: Nutcracker Magic” which will take place on Saturday, December 10th at noon on Fourth Street.

When the arches arrive can the Nutcrackers be far behind?

Set aside a few dates to come and enjoy all the activities, one visit definitely won’t do! 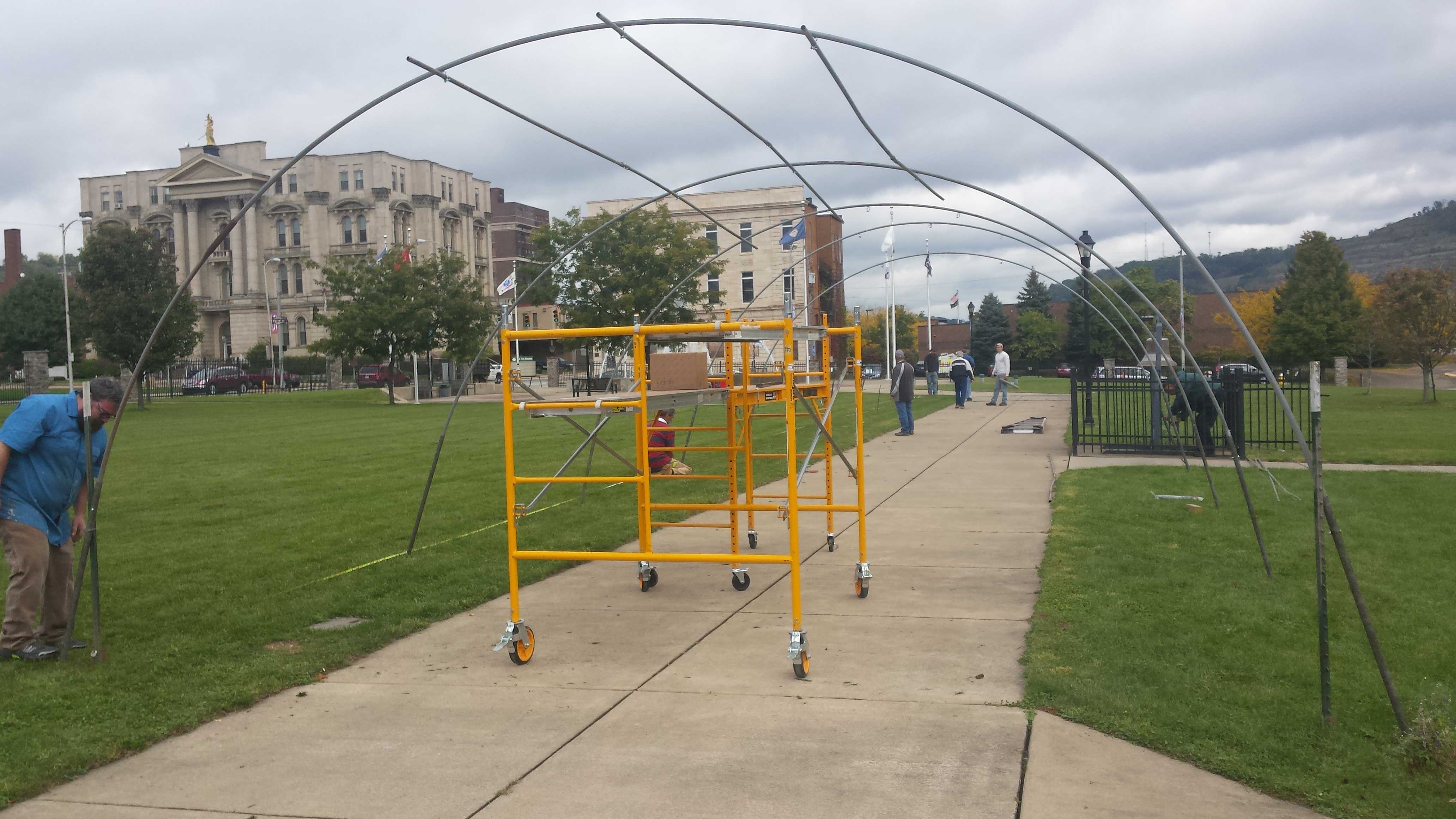 Getting ready for the invasion of the Nutcrackers!