‘A Time to Prepare’

It is mid-September and that means the daylight is getting shorter, the evenings cooler, the leaves about to begin changing and it is time to PREPARE!

The Holiday Season is quickly approaching and there are many preparations needed for the upcoming events.

Christmas Parade Applications have just been sent out for the Steubenville Christmas Parade “Sights and Sounds of Christmas: Nutcracker Magic 2017”.   The Parade will take place at noon on Saturday, December 9th in downtown Steubenville, and will be broadcast live again this year on WTOV9/FOX9. Anyone wishing to participate in the parade who doesn’t receive a Parade Packet may contact Mary @ 740.283.4935 or email  mary@visitsteubenville.com.   Parade Applications must be in by November 1, 2017.

“The Wooden Heart Follies” the original Nutcracker musical production written by Steubenville residents Von & John Holmes, will be presented again this year on four consecutive Sundays,  November 26th, December 3rd, 10th & 17th.   Auditions are being held at the former Spencer’s Store in the Fort Steuben Mall, Mall Drive, on September 28th from 6-8pm and September 30th from 1-3pm. Rehearsals will begin soon after.   If you are interested in becoming (for a few Sundays at least) a living, breathing Nutcracker, be sure to try out for one of the parts.

Applications are still being considered for the Advent Market which will be open November 21st (Light-Up Steubenville Night), November 24th-26th, December 1st – 3rd, December 8th – 10th, and December 15th – 17th.  If you are interested in possibly setting up for one or more weekends contact Judy at 740.283.1787 or email: judy@oldfortsteuben.com.

Another major preparation in process is the creation of the newest members of the Nutcracker Village. Therese Nelson and crew are hard at work using their creative juices designing and bringing ‘to life’ another 40 or more Nutcrackers who will be joining the rest of the ‘Village’ the third week of November.

The huge project of decorating for Christmas Wonderland will be under way soon as well.  Come mid-October the transformation of the Visitor Center into a magical wonderland of Christmas delights, past and present, will begin.  Likewise, the outdoor ‘Village’ will need to be prepared and decorated with walkways of lights, chalets, and Christmas finery to be ready for the arrival of the Nutcrackers!   And we can’t forget the huge 40’ Christmas tree at the fountain which needs to be erected and decorated, and this year there will a second very large tree which will be added and placed at the Land Office.

So preparations are indeed underway and will be continuing full force ahead for weeks to come!         And as the preparations continue, the excitement grows! 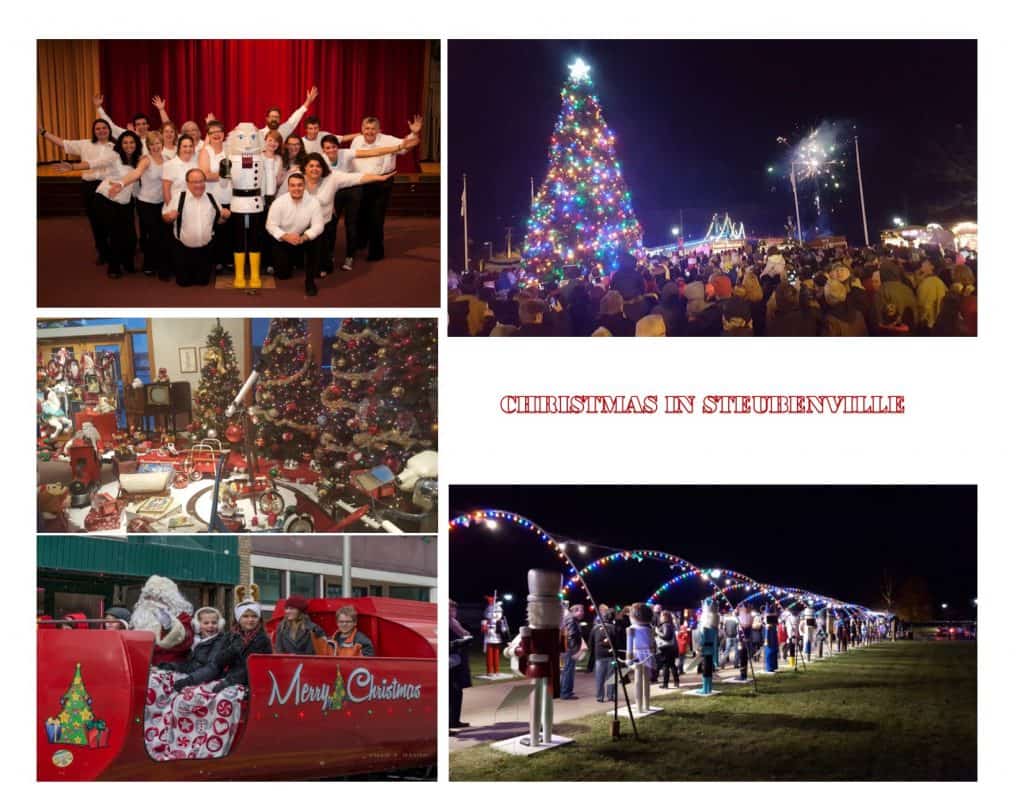 Your ticket for the: ‘A Time to Prepare’

‘A Time to Prepare’